In Newspaper Printing? Does anyone know how to make a Printer’s press-room hat? 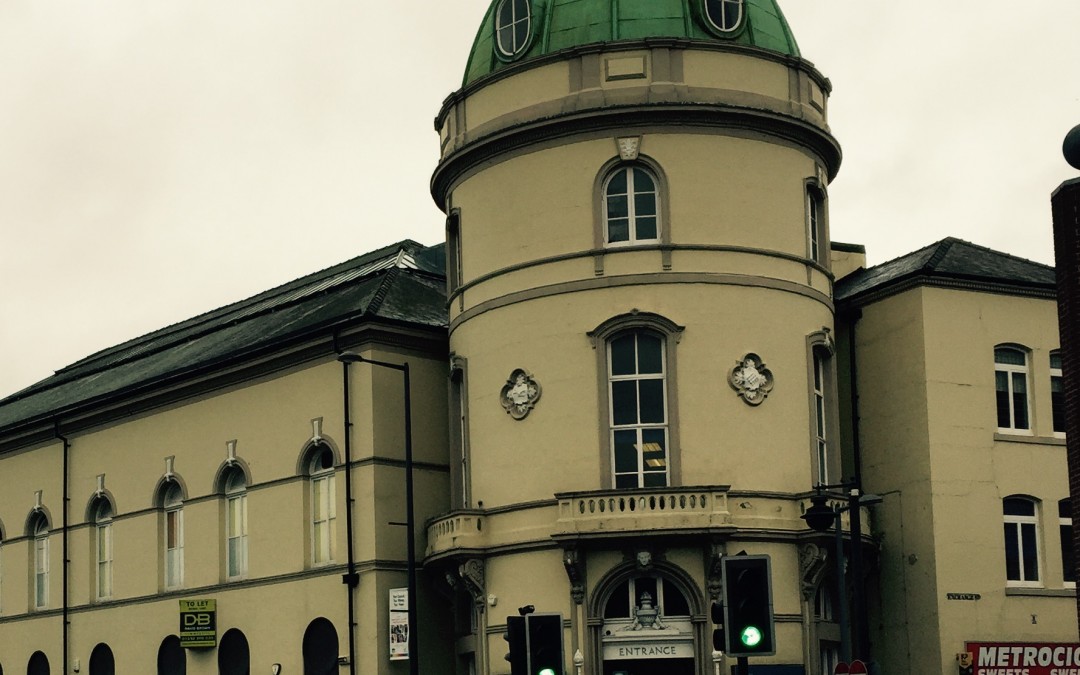 Only people of a certain age will know what I’m talking about and it’s one of two things in a newspaper printing environment that I could never do all those years ago.

The other? Tying a printer’s ‘slip knot’ that could be formed quickly with one hand and then pulled tightly to bind huge piles of tabloid newspapers for transit or storage was the other.

But, more on this shortly…

I have been participating in social media for around seven years, with a certain level of success. Everyone claims to be an expert and perhaps, some are. Many aren’t I would bet. So successfully growing your business through social media must be, to my mind, the 21st Century version of finding the Holy Grail. The trick is Engagement!

Someone from a large newspaper printing company based in Asia followed me on Twitter recently. Not only did I not know the individual but his business was on the other side of the world. Their Profile asked me to open a YouTube link, watch a video and then Blog about it on a platform of my choice. Why would I? Then again, why shouldn’t I?

This was the first time I have come across this type of straight-forward request to engage. I found it fascinating. Yes it was sort of intrusive, but at the same time, how could I refuse? After all, the request was very polite and it turns out, I would be rewarded with an interview on 1 of their own 17 blogs. Engage now, the promise is Win-win! Quid-pro-quo! Nothing to lose, all to gain. We’ll see!

But, that’s not why I’m writing this! I’m writing it because I spent 7 years in print at a local newspaper.

Other than being a printing company, I knew nothing more about the business I was to Blog about! So, dear reader, I clicked the link to watch the film.

The first few images introduced the business owner, Bob, as printing machinery, surrounded by huge rolls of white paper panned into view – all shot on a hand held mobile. The very essence of social movie making!

Large-scale newspaper printing machinery was the star of the film, with a guided tour by the man himself. I was now hooked because my first ever job was in newspaper and I was now looking at a modern version of an environment I once used to work in.

Back in those days at the Derby Evening Telegraph, newspaper printing used a hot metal process that was slow, dirty, incredibly noisy and actually, quite a dangerous place to be. Quite often I took a short cut through the speeding presses, that day’s edition of the paper screaming past at high speed just above my head. Lead plates pressing ink to newsprint (paper), ink spots and drops of oil flying everywhere. And what a noise it was. Not much evidence of health and safety back in the day. That was still to be invented!

Which brings me neatly back to the Printer’s newspaper hat. The press room guys used to wear them like builders wear hard hats today. And I couldn’t seem to make one, despite numerous bungled attempts. Anyway, I digress. I’m supposed to be reviewing a print company video, not writing my life story, so here goes.

This is a film about ExpositionPrinting.com that is shot with pride by Bob, who is clearly passionate about print and his plant. At just over nine minutes it seems a touch long for me, but then again, to convey everything the film manages to get over, there is good reason to be a little longer than most.

Shot as a video ‘selfie’, Bob took me on a tour of what he says is one of the largest printers in Asia and therefore, the world. He sets his case out at the start, letting me know that what I’m about to see will leave me wiser about the different aspects of sheet-fed litho and web print.

You are taken around the plant by Bob who lets his camera and subject do much of the ‘talking’.

Print has always fascinated me. How you get four separate colours onto paper, hurtling through the machine at high speed, the result being a quality full colour production at the other end never ceases to amaze. “It’s all done with oil and water”, a printer once told me.

In fact, to digress again, I recall seeing the first ever colour newspaper advertisement we produced taking weeks to plan, proof and test for colour registration. I think it was black plus blue and red ‘spot’ colours to advertise a loaf of bread sold by a local supermarket. How different it all is now.

Back with the film, a long finishing machine disappeared into the distance, as you followed the printed paper being cut, collated, turned, formed, glued and bound, as the completed catalogues rolled off at the end of the line.

Interspersed throughout with screen captions, the sound track being mostly the machine itself, this was a film that spoke volumes for capability, combined with pride in one’s work.

My string wrapping experience of old has been replaced in this film by metal strapping – there’s progress for you.

Earlier, I wrote about the problem of engaging with customer and Exposition Print’s approach does this well. I seem to have become an advocate for Bob’s business, yet all I know about it is what I’ve seen in a nine minute film.

Finally, their use of Twitter in this way is unique, as far as I can see. Yet it goes to show that you can learn something new every day if you take time to look. And that potential customers will engage positively if you are creative and sincere about the way you approach them.

Sadly, I saw no evidence of any newspaper printing press room hats in the film, but this was a clean and safe environment where there is probably no need. So, if you do know how to make one, please engage with me at @Adplace, tell me how and let’s start our own conversation. You can also email me here. Read more about print here. Cool!

Finally, the printers I use in the UK are fantastic so I have no reason to go overseas…