60 years ago today, the UK’s first-ever TV commercial was aired

Today is Tuesday 22nd September 2015. Did you know that it is 60 years today since the first-ever television commercial was aired. It was for Gibbs SR “Tingling Fresh” toothpaste and you can watch it on YouTube via this link. 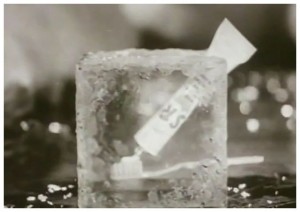 And before you ask, no, I don’t remember it!

Back in the day, I had to go to a friends house to watch television as my parents didn’t get one until the very early 60s. We even had a neighbour come round to watch the Grand National because they didn’t get a TV until long after us. Today, you can watch TV on your phone, laptop or tablet, in the house or on the go. But, 60 years on, one thing remains the same, television advertising is still as strong as ever!